This week I’m doing an interview with my friend and fellow author Iseult Murphy. Most of you will know her from her guest posts here TOPPER’S SHOP and from her brilliant short story collections available on Amazon. Iseult is participating in a series of exchange interviews MYTHOLOGY AND ME and you can read more of these on her blog. I’ve known and worked with Iseult for about three years now ever since I had the chance to review her brilliant short story ZOO OF THE DEAD. Since then we’ve been able to support and encourage each other in our work and I’ve watched in amazement and envy as her writing has gone from strength to strength. 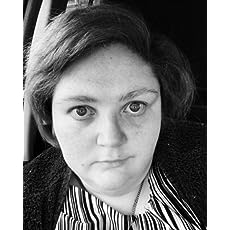 1. Myth means so many different things to different people. I’d be interested to hear you’re take on what myth is, and why it is important?

Myth is a way to explain the important aspects of life that affect humanity universally: life, death, overcoming difficulties, etc. It is also taking true stories and memorializing them so that the lessons will never be forgotten. Myth is important to bind a community, to give it meaning and provide a common framework on which ideas can be strung. I love how Tolkien wanted to write a modern myth for England with The Lord of the Rings. I think superheroes are myths for the U.S.A.

2. Your work is very routed in Ireland, and Dublin. In what way do you think place and the interpretation of place is important to you. And how did you get so good at making place real in your fiction? Any hints or tricks?

They say write what you know, and what I know best is Ireland! As I’ve got older I’ve realized that Ireland is unique in many ways, and I’ve tried to exaggerate and reflect that in my writing. I’ve always felt like an outsider, but that has helped develop my observation skills, so it’s a weird kind of interpretation of Ireland that appears in my work. As for any hints! Haha. Thank you. I think little details about an area go a long way towards scene setting. Are there animals? What kind of light is there? What does it smell like, feel like? A couple of apt sentences can conjure up the perception of a location better than pages of description.

3. You seem so be able to incorporate myth into a whole load of situations and  writing styles, from unicorns in garden gazebo’s to changelings on space rockets. Why do you feel Myth is able to work in such a universal way?

I blame seeing The Last Unicorn movie when I was two for causing me to see the world in mythological terms. For me, describing complex thoughts and emotions is much easier using creatures out of legend and fantasy than it is relying on so called real world concepts. Perhaps it is the universal language of myth that helps me to explore themes that can become cluttered when using more realistic scenarios. Maybe it is because I see the world consisting of many layers, and telling a story about a little girl going into a gazebo and destroying what she sees as something monstrous before realizing it is actually something beautiful and magical, encompasses my feelings on war and fear and misunderstanding and compassion much more effectively than if I were to write a straight forward narrative. In fact, I don’t know how I’d even go about writing that story without it becoming dogmatic. A little girl killing insects from our world doesn’t hold the same impact I was aiming for. Even if readers don’t see the layers, I hope that they enjoy the story for what it is on the surface.

4. Myth isn’t a static thing, all the time we are creating and discovering new myths. It seems to be a vital tool for making sense of things (sometimes the only tool?) What myths have you used to make sense of your own life and how does it help understand and become reconciled with life?

Symbolism is a very important part of myth. Mythology is full of archetypes. I suppose everyone develops their own mythos to a degree. I started developing my own fantasy world when I was seven, and it’s mythology has grown and deepened as I have changed. Animals are very important in my mythology, and transformation into an animal is a way of achieving a higher state of being. I think this comes from my life long desire to be a wolf, to know their connection with one another and their world, to experience their simplicity of purpose. To be in the presence of the antagonist in my mythology is to be consumed by her power until you can think of nothing else, and this transforms her followers in various physical ways. I’ve come to realize that she represents a predatory, manipulative force within me that I don’t want to feed. So, in a way, the mythology of this world echoes the struggle contained within myself to be connected, to be kind and loyal, and avoid letting loose my terrible burning ego that wants to overpower others and be adored.

5. Really I need to know what you’re working on now and when I can read it. I absolutely adored RETURN TO HADES and can’t wait for more. Also are you thinking of writing in different formats? How are you using myth in your current work?

David, you are the best! Thank you so much. I’m working on several things at the moment. I’m hoping to launch the first book in the 7th Hell series soon. It’s an Irish zombie horror series which is a bit of a commentary on our modern world. It’s not apocalyptic, it’s more about how zombies might be used for personal gain and references the idea of the hidden world, which I love. In Irish mythology, the Tuatha Dé Danann, the people who lived here before us, didn’t die out or leave. They went sideways to the sun, so we can’t see them anymore. I really love that idea, sort of like the London below in Neil Gaiman’s Neverwhere.

My current WIP is a dark fantasy novel, which is the origin story for my second world fantasy that I mentioned above. It’s very mythic, with living planets and daughters of the sun and a stairway that connects all the worlds. I’m not sure when it will be ready for publication. I’ve gestated the idea for a while, and I’ve worked out what happens for 4000 years following this book, so I want to do the story justice.

Wow that sounds amazing. As ever I am impressed by you ambition and the scale of your imagination. I’m not even sure what I’m having for my tea, never mind what is happening in the next 4000 years. Hopefully we will all be able to read this soon. I can’t wait and thank you so much for taking time to answer my questions. As always, fascinating and delightful to hear from you.

4 thoughts on “MYTH AND ME – AN INTERVIEW WITH ISEULT MURPHY”