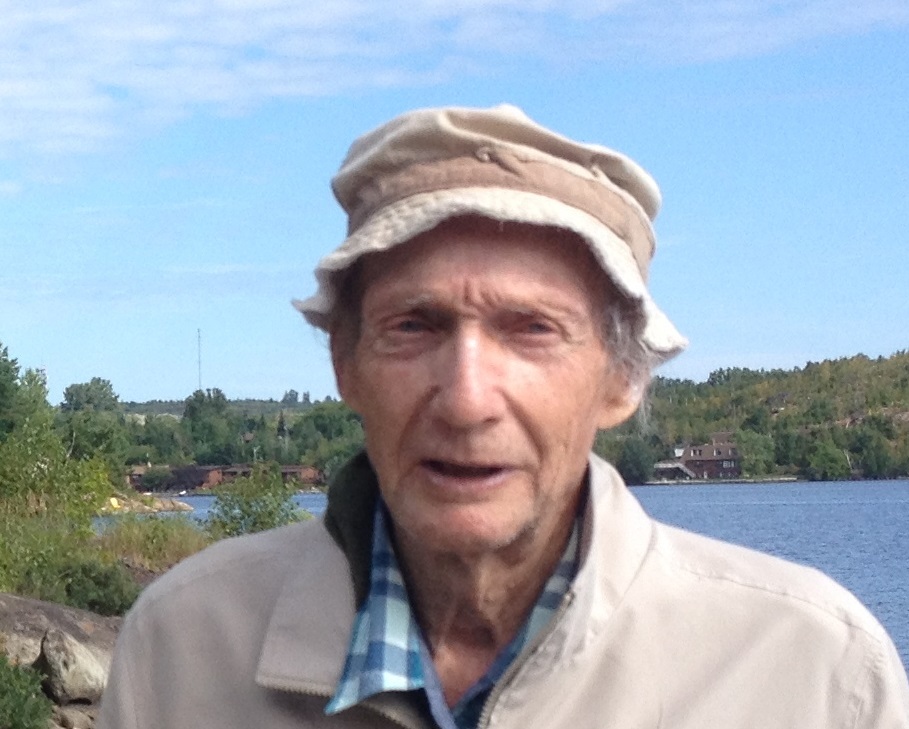 Des is a canadain writer and comic genius. He spent four months recovering from TB in a sanitarium. His TB got better but his sanity remains questionable to this day. Born in Northen Ontario, his first job was a blaster’s assistant at the local mine. When that never killed him, he went on try working for the RCAF. Des is an award winning poet. The Cade Cannon Adventures are availble by contacting him directly everdodi@gmail.com

Cade Cannon, and his wife, Camille, were spending a quiet evening together watching Humphrey Bogart, in a Sam Spade movie when a news flash came on.

“We interrupt this program to bring you Jenny, Hickson, down at the Brooklyn police headquarters.”

“Good evening ladies, and gentlemen, there’s been a double murder, the victims had two puncture wounds to the carotid artery of the neck.” Jenny went on to say.  “When the coroner did the post-mortem he described the victims as two bloodless white bodies.”

“Hold on!” Jenny, shouted excitedly,” Police Chief Ed Mahoney is coming out to give a press conference. Here he is, Chief Mahoney,”

“We are going to get to the bottom of these two murders and there will be an imminent arrest,” said Police Chief Ed Mahoney, who spoke loudly but not convincingly, to the hard-nosed press. His huge mass of blubber squirmed as he blustered through rest of his press conference. He didn’t believe his own words and his eyes gave him away shifting in a furtive search for a way to get the hell out of the spotlight and back to his office to plunk his plump rump back into his plush Police Chief’s chair.

“What have we got scheduled for today, Camille?” Cade asked the next morning as he returned from Starbucks and handed her a coffee.

“Oh yes, I found her daughter shacked up with an online predator”

“Well, she’ll be in at 10 A.M and apparently her husband was one of the Dracula, murder victims.”

“Wow!” then, “Well, that case is in the hands of the police,” Cade, said as he picked up the NY Herald to scan the story.

“She’s not happy with their progress and wants you to look into it,” Camille, said taking another sip.

“Things are looking up, Camille, but I feel sorry for that nice lady, Mrs. Von Schatzberg,” he concluded, downing the rest of his coffee in one gulp.

Camille was just finishing her coffee when Cade, came over to her desk,

“I don’t know where to start with this one,” he said, “I’ll just put it aside for now as I have a school reunion tonight”. He added, “They are closing my old PS.6 School, and you’re invited.”

“I accept your invitation.”

Cade stared at his beautiful Camille as the morning sun highlighted her hair.

“You are also invited into the back bedroom,” he said.

“Perhaps tonight, Sam Spade, but right now you better do a bit of Dracula digging,” then continued to sip her coffee.

“I really don’t know where to start on this case.”

“Perhaps you could go to the police station and use your contacts to give you the file in this case.”

“I don’t know what I would do without my secretary.”

Cade buttoned up his trench coat, tightened the belt, pulled up the collar, then tipped his fedora to her, in a debonair, devil-may-care, manner, nodded, and was out the door.

He was back within the hour, tossing his fedora at a coat tree and getting a ringer just like in the movies.

“They don’t have a damn thing,” he said, adding,” Police Chief Ed Mahoney’s, just a big bag of wind.”

“Well, let’s put it aside,” Camille, replied, it’s time to close shop and get ready for your reunion.”

On their way to the old school, Cade drove by the place where the two bodies were found.

“Hey, Camille, that location is not too far from the school.”

They arrived at the school and found all the ex-students milling around, nursing drinks, as they tried to locate school chums from the past. Eventually, everyone formed into groups of classmates bragging of their achievements since they were snotty-nosed kids.

Attention, everybody!” A Brooklyn School Board official, called for quiet and addressed the crowd.

“I want to express my deep sorrow, and I’m sure everyone here feels this too, for the loss of two former students, in that horrible, so-called, Dracula, murder case.”

“Maybe ‘Fang,’ did it!” shouted someone, then, “Remember that kid Sebastian Dominic, we called Fang?”

Everyone in that group laughed as they recalled how they teased classmate Sebastian Dominic, calling

him “Fang,” because of his prominent fang-like incisors.

“Remember I asked him to play ball then tossed a twenty-pound shot put at him?” said one.

“Ya, that was funny,” another one recalled, “It went right through his fingers and hit his big toe,”

The group exchanged stories on how the teased Fang, and still thought it was great sport and great fun

Cade and Camille looked at each other with raised eyebrows as Cade wasn’t in their class and wasn’t aware of this abuse of Fang. They sidled over to the rowdy group to get as much information as they could

When the group quietened down Cade, approached them.

“No, he disappeared into the woodwork,” someone said.

“I’m a private detective,” Cade, had perfected his Humphrey Bogart, voice, even with the lisp, and the men looked impressed.

“Here’s my card,” he said passing them around.

“If anybody learns anything about him or about this Dracula, case, call me.”

They drove home in silence as both had an eerie feeling about the events at the school reunion.

The next day Camille, scanned the phone book, and the social media outlets without success. With a flash of brilliance as she thought of PS No. 6. She turned on the TV, put a movie in the VCR then, kissed her husband on the ear waking him from a snooze in his throne-like office chair.

“I’m going over to your old school to look at something darling,” then added, “I put the Sam Spade movie on with Humphrey Bogart, Peter Lorre, and Sidney Greenstreet.

Camille went directly to the school bulletin board and there found what she was looking for!

A notice was pinned on the bulletin board in a scrawl saying, “Remember Me?” then, “I’m ‘Fang,’ your old classmate and I’m too ashamed of my teeth to come to our reunion.” And then, “Please make a donation so I can get my teeth fixed.” He gave an untraceable, cell phone number.

As Camille, was taking a picture of the note with her phone she felt a presence and saw a man leering at her from a dark corner of the foyer. She left the school and headed back to the office, pulling a small umbrella out of her purse to protect her from the driving rain. As she walked along the darkened street, she noticed a van slowly following along.

Camille, pulled out her phone, concealing it with her umbrella, then called Cade, back at the office.

“Cade, call the police, tell them I’m near the school and someone is stalking me in a large van.”

The Police were there in seconds, pulled the van over and arrested a man having protruding front teeth. They searched the van and found a photograph album, a 5 gal. Jerry can and funnel, a loaded hypodermic Syringe, and several vials of animal tranquilizer.

They put Sebastian Dominic, aka, Fang, under arrest.

“Put your hands behind your back,” the arresting officer ordered Fang.

Instead of obeying the officer, Fang whipped off his dentures revealing his fangs and attacked the officer and sank his fangs into the officer’s neck. Fang stood there smiling and licking his lips and fingers while blood dripped from his mouth.  A stream of blood spurted out of the officer’s neck every time his heart beat and painted the side of his van.

The other officer pulled the wounded Policeman away and held his fingers over the puncture wounds and called 911, while two others drew their guns and held Fang at bay.

A second police car arrived and the officers sized up the situation and got on the radio.

”Send the dog catcher down near P.S.No.6, we got a mad dog down here.”

The dog catcher arrived with a long pole having a rope noose at the end. He reached out to Fan, dropped the noose around his neck and forced Fang into his dog paddy wagon.

Five- gallon Jerry cans were filled with blood with the victim’s name on them. They also found two

Blood-filled cocktail glasses Fang used to toast his victims and sip their blood at dinner time.

Further investigation revealed Sebastian, was wealthy and didn’t need charity. His computer showed he got both the drugs and dental work in Mexico. He had his front teeth removed except the fangs, then had holes drilled up the fangs so they would serve as drinking straws. He had them sharpened to a point to penetrate the neck artery of his victims.

Fang, lured his empathetic money donor to the van to show him the photo album and how he would look, before and after, dental work. Meanwhile, his new dentures covered the fangs to make him look just like the old Fang.

Then, Fang, would pull out the tranquilizer hypo, stab him and inject enough of it to kill a horse. He would remove his dentures, exposing his sharp fangs, sip all the blood from the victim, spitting what he couldn’t swallow into the Jerry can, and label the can with the victim’s name.

After Fang’s, conviction Cade, and Camille, were touted by the City with a huge banquet and received the keys to the City and their photo appeared in the New York American newspaper.

Mrs. Von Schlattzberg was also invited to the banquet and presented Cade, and Camille, with a forty thousand dollar check. A picture of this presentation also appeared in the newspaper.

Cade and Camille didn’t need the money so they donated it to City for the halfway house. Camille, accompanied Cade, back to their office/apartment where she fulfilled Cade’s, earlier request and her promise to join him in the back bedroom.