What’s happened to me?” he asked. They don’t all speak, most of them don’t, but this one did. “I’d dead aren’t I? That car hit me, and now I’m dead.” I didn’t say anything. I just turned towards the ghost and nodded my head.

An extract from Seeing Things. Published in CRAZY TOWN ANTHOLOGY 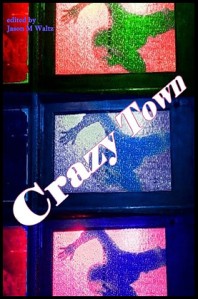 It is less of an advantage than you might think; seeing ghosts. For a detective, you would imagine that seeing ghosts would make it easier to solve murders. It is a help, but it is not evidence that you can submit to court. Can you imagine what would happen if I did?
“The suspect was identified by the ghost of his victim.”
Defence lawyers would have a field day with that. Even if they as much as suspected that I saw ghosts, it would discredit all my evidence.
It’s not that big a help anyway. Yes, plenty of victims are killed by people that they know. But those are the easy cases. It’s usually fairly obvious who the killer is when it’s a friend or neighbour or family.  And even then, most ghosts don’t know who killed them. Someone poisoned you; it could be your wife or your kids or your lover. Someone cut the brakes on your car; could be a neighbour. If you don’t see them how do you know?

Take that kid at the hit and run. The ambulance was there, people were screaming. The body was left for crime scene investigators to photograph and measure and check for paint. The boy, and somehow that’s still how you think of them, was standing at the kerb watching. No one else could see him. He was standing looking at his body lying dead.
I walked over and sat down beside him.
“What’s happened to me?” he asked. They don’t all speak, most of them don’t, but this one did.
“I’d dead aren’t I? That car hit me, and now I’m dead.”
I didn’t say anything. I just turned towards the ghost and nodded my head.
“I thought so,” he continued. “At first it was really sore, and now it’s not. Now I’m here, and I’m there too.”
He stopped talking and pointed down at the body.
“What do you remember?” I asked. I hoped you could give me a plate number or even the make and colour of the car.
“It’s my fault,” the kid said. “I was goofing around and just ran out. I should have looked. Now the driver will be in trouble, and I’m dead.”
I shook my head. “It’s not your fault,” I said. “The driver was going too fast and should have stopped. You mustn’t blame yourself.”
But he wasn’t listening. Ghosts never do.
“Did you get a licence plate or did you see what kind of car it was?”
And even as I say it, I know how stupid it is to ask. If the kid had seen the car, then he wouldn’t have run out. It was too late. He never saw it hit him. He just felt the pain and then felt nothing.
“What happens now?” he asked me.
“They’ll take your body to the morgue,” I said, but I know that was not what he meant; he meant what happens next. Where do I go now? They want me to tell them that it’s alright. But I can’t tell them any of that because I just don’t know.  Does anyone?
He looked at me with hopeful eyes, but I couldn’t tell him anything else. Then he walked out into the street. Cars drove right through him. He was looking back at me. But there was nothing I could do. Sometimes I still see him there; at the crossing.

Not everyone comes back as a ghost. Don’t ask me why. Maybe they all do, and it’s just that I can’t see them. It’s not just murder victims either. Ghosts can be old ladies that died alone in their apartments or road accident victims or cancer patients. There seems to be no reason for it or at least none that I can see.
Not all ghosts are the same. The kid from the road accident was quiet and could talk, but not all ghosts can. When we went to the drug dealer that had his throat cut, his ghost was running around screaming and holding his neck as if he were trying to stop ghost blood from pouring out.  Of course, by the time we got there, he’d been dead for hours, maybe even days. I’ll need to check with forensics, but the nose tells. I’d say a day max from the smell, but not less than twelve hours.  The guy was not that old. His body lay there with blood all over it so you couldn’t really make out much. Some gangers had come in, stolen his stash and slit his jugular. He must have died quick. The dive was sprayed with blood, and the gangers had left prints all over the place. It was going to be easy to pick up two spaced out kids with blood all over them and then get their prints.
My partner was talking to me, but I couldn’t concentrate because of the ghost screaming. I want to tell the ghost to calm down, but of course, I couldn’t say anything in front of my partner. I sent him off to get coffee, and I had a few moments alone.
“Shut up you,” I tell the screaming ghost. Dead or not, I got no sympathy for dealers. Besides, all the screaming wasn’t doing anyone any good, especially not me.
The ghost looked at me startled and then took his hands down from his wound. Except, of course, he didn’t have a wound. Ghosts don’t have wounds, or at least not the ones I’ve seen. Not all ghosts can talk, but this one had been screaming in my ear for the last half hour, so he’s got a voice.
“You know the guys that did this?” I asked.
The victim didn’t speak; he just sort of shrugged. It was that kind of shrug that says, screw you cop I ain’t telling you nothing. Even the dead don’t always co-operate.
“Suit yourself,” I said. “We got enough forensic to get them. All we got to do is pull over enough guys till we match prints. I just thought we could save some time.”
“Why should I help you?” the ghost replies. Like I said, it’s not always an advantage, talking to ghosts. Still, at least the screaming has stopped. That was one thing. Then he just stood glaring at me.
“Dirty cop,” he said.

You can read the rest of this story on kindle at  CRAZY TOWN ANTHOLOGY available on AMAZON. The print version will be available before Christmas.